How to turn your on TV using Google Home

Google has changed the way we do many things. For instance, did you know that you can operate your television using your voice?

We shall discuss how to turn your TV on with Google home. Google continues to evolve over the years.

One of their latest gadgets is Google Home, a series of smart speakers that Google developed under the wings of Google Nest brand.

These gadgets allow users to give voice commands to facilitate interaction with services through Google’s virtual assistant, Google Assistant.

Both third party and in-house services are consolidated enabling users to: receive news updates via voice, regulate photos and videos playback, and listen to music.

The inaugural Google Home gadget was first launched in November 201 in the United States.

Consecutive product releases took place across the world between 2017 and 2019.

Once you purchase Google smart speakers you can modify the Nest thermostat’s temperature, stream shows on Chromecast, and regulate Nest security cameras using your voice.

How to Assess your Television for Consumer Electronics Control support

If you want to know how to connect Google Home mini to TV, you’ll need a new age television that’s compatible with consumer electronics control (CEC) and a Chromecast.

A Chromecast on its own can leverage the Consumer Electronics Control feature to turn on your television.

Once you enable the CEC feature on your TV, you can be able to regulate the television using different HDMI gadgets.

For example, your Blu-ray, PlayStation, or Xbox player can switch power on your television.

With Chromecast, you can be able to power your television and even swap input resources.

Remember, CEC can be defined by different names. If it’s not indicated in your television’s settings you can check for the following accepted trade names.

How to turn on and off your TV with Google Home

Forget your remote and phone and make use of the Google Home speaker to power and control your television.

To turn your television on using Chromecast in the past you had to request Google home to stream certain videos or music.

Do you want to know how to connect Google Home to TV without Chromecast?

You may need to specify the television you wish to power on or configure a default television in the Google Home app.

When your television is powered on, you can utilize Google Home to regulate the Chromecast using your voice.

You’ll also be able to play, stop, pause, or control the volume using your voice.

Google Home comes with an extra new feature that will lower Chromecast volume automatically as you talk to Google Home.

However, you should understand that not all CEC enabled televisions come with the power off feature.

Powering on a TV with Chromecast

While many modern televisions support HDMI-CEC, the older models may lack this feature. If your television comes with the CEC feature, you can proceed to power it with the following steps.

There could be differences in the way the Chromecast should be powered.

Many televisions come with at least one USB port located at the back. However, sometimes they alternate power with the television.

Some USB ports won’t remain powered when the TV is off. You can confirm this by checking the Chromecast’s status light when the television is off.

If the status light is off, you will need to utilize an AC adapter to power the Chromecast externally. This will ensure that it’s independently powered.

Google Home is not only functional, but it can also act as a centralized voice control hub for smart home and home entertainment gadgets.

It makes life convenient and manageable. Home automation is fast becoming popular in the digital world.

Are you looking for the best home automation system? Our recommended options are Vera and Ezlo.

Both systems are advanced and will offer you the convenience you need to control gadgets in your home.

How to Use Google Home Mini 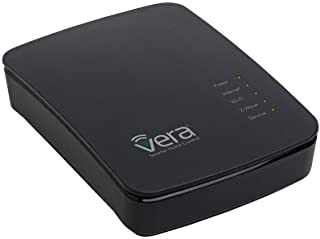 How to Link Philips Hue with Google Home?...

How to Pair Philips hue with Google home...

HOW TO LINK HUE TO GOOGLE HOME...